CRIMINAL AND FAMILY LAW PROFESSIONALS AT YOUR SERVICE

All of our criminal and family lawyers welcome the opportunity to assist people in the LGBTQIA community as well as those with alternative lifestyles. 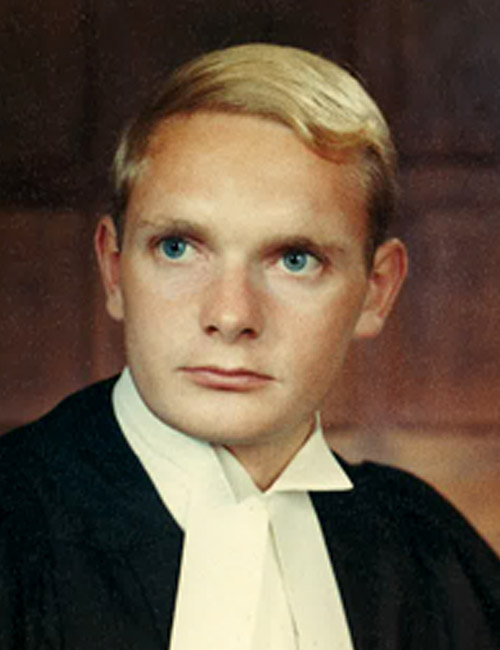 Bruce began practicing as a criminal defence lawyer in Edmonton, Alberta in 1972. He quickly developed a reputation for being an aggressive and powerful advocate. In the 1980s, it became apparent that he had a gift for impaired driving cases. Bruce had keen insight into the scientific and mechanical workings of the instruments and devices used in blood-alcohol testing, as well as a limitless imagination which was put to good use in inventing new defences.

Shannon Gunn Emery is Bruce Gunn’s daughter and shares her father’s enthusiasm for the law. As is the tradition in the Gunn family, Shannon articled to her father. Together, along with a rapidly expanding office, they continued the legal legacy until Bruce’s death in 2006. Shannon then became managing partner and eventually took sole control of the office in 2016. 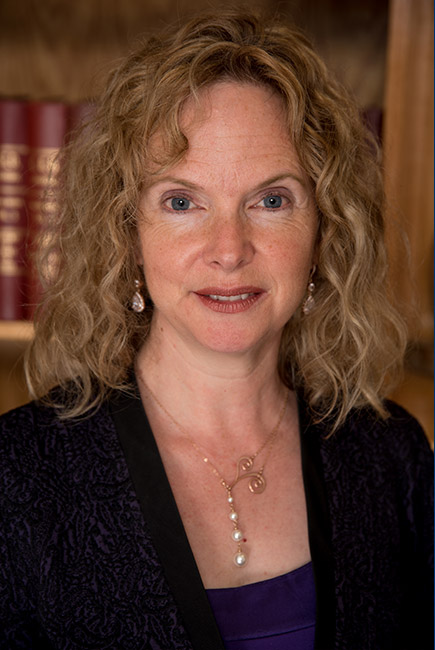 In 2001, Shannon Gunn Emery articled under her father Peter Bruce Gunn, and was admitted to the Alberta bar the year after. She enjoyed five years of practice with her father before he passed away in 2006. Shannon continued her father’s legacy in the area of criminal law, especially in the area of impaired driving and DUI offences. Shannon has been to Ottawa in the Supreme Court of Canada on multiple occasions – always on the basis of impaired driving litigation. Her work in criminal law has taken her across the country, including: British Columbia, Northwest Territories, Yukon, Saskatchewan, Manitoba, Quebec, Prince Edward Island and Newfoundland.

Shannon received specialized training on the Intoxilyzer 5000C in 2004, the Intoxilyzer 8000C in 2008, and the Intox EC IR II in 2012. She received training in drug recognition in the context of drug-impaired driving in 2017. Shannon has quickly adapted to the new Immediate roadside Sanction (IRS) regime in Alberta. Very familiar with the older Transportation Safety Board hearing, Shannon is no stranger to Administrative Law and has been thriving on the new challenges resulting from these Notices of Administrative Penalty, (also known as Immediate Roadside Sanctions) and judicial reviews. 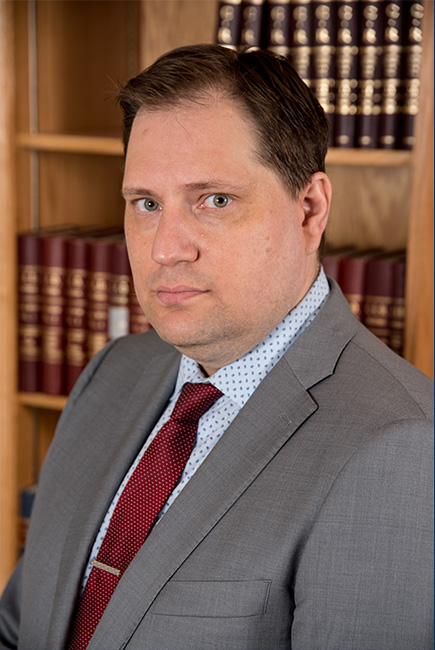 Adam graduated from University of Alberta Law School in 2013. During his time at U of A Law, Adam was extensively involved with Student Legal Services, including being elected as a Coordinator for the Criminal Law Project in which he supervised other students acting as volunteers and days leaders, in addition to serving on the SLS Management Committee. After graduation from Law School, Adam finished his articles and was called to the Alberta Bar in 2014.

Since his admission to the Bar in 2014, Adam has practiced criminal law as well as administrative hearings appealing driving suspensions in front of the Alberta Transportation Safety Board and Saferoads. Adam has performed trials in both Provincial Court and Alberta Court of Queen’s Bench, and appeals in Queen’s Bench and the Court of Appeal. Due to his undergraduate Honours degree in Chemical Biology, Adam is especially interested in scientific issues that affect the criminal justice system. He also especially enjoys litigating Charter issues in defending his clients. Adam has experience in defending a broad range of criminal offences, including driving offences, sexual assault, drugs offences, and property offences. 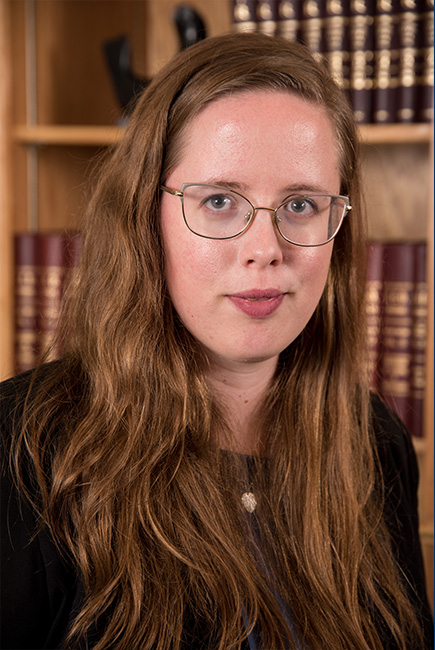 Justine graduated from the University of Alberta Law School in 2019. During her time at U of A Law, Justine cofounded the Francophone Law Students’ Association, and participated in the inaugural year of the Michel-Bastarache moot. After graduation, she articled with a small family firm, and was called to the bar in 2020. Justine received her Collaborative Family Law designation in 2022. Justine can act as a mediator and a Collaborative Family lawyer. While Justine has litigated in the area of family law for most of her career, she believes in collaboration and is committed to using the resolution method best suited to meet each of her client’s unique needs.

Since Justine’s admission to the bar, she has primarily practiced family law, and conducted some matters under the Child, Youth and Family Enhancement Act. Justine regularly appears in the Provincial Court of Alberta and the Court of Queen’s Bench of Alberta. Justine has experience with a wide range of family law issues, including divorce, parenting, separation agreements, child support, spousal support and property division. Since joining Gunn Law Group, Justine has benefited from learning about the intersections of family law with criminal law.

Justine is from Montreal, Quebec, and she can assist clients in English and in French. She is a member of the Association des juristes d’expression française de l’Alberta. 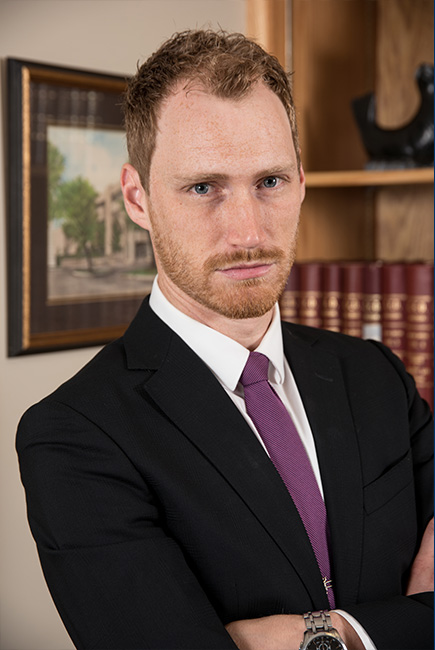 Contact Brendan
Brendan graduated from the University of Saskatchewan’s College of Law in 2022. His degree includes a Certification in the French Common Law. He joined Gunn Law Group as a student after graduating and has begun work on both family and criminal law files. During his time at law school, Brendan focused on the difficulties that marginalized groups face in the justice system, volunteering for both the Canadian Civil Liberties Association and CREATE Justice in Saskatoon.

Brendan looks forward to being able to assist his clients in navigating the legal system.

Pam was originally from southwestern Ontario and joined our firm in 1994. While unofficially occupying the role for many years, she officially became the Office Administrator of Gunn Law Group in 2008. Pam is the person with whom you will probably speak when you call the office the first time. You can ask Pam or your case manager about disclosure requests, and the status of your file.  If you are calling to make a payment, Pam can assist you with this as well, and direct your call to whomever you need to speak with.

Daryl grew up in Langley, British Columbia, back when it was still a small town but close enough to commute to Vancouver. She moved to Edmonton in 2004 to pursue further career opportunities, and never left. She joined the team at Gunn Law Group in July, 2021. When she’s not working, she volunteers her time with animal rescue, and is training for her next marathon (actual running, not Netflix). Daryl is Shannon and Adam’s case manager.

Stefanie grew up just north of Montréal, Quebec, and moved to Alberta in May, 2015. She joined the firm in February, 2017. Stefanie is completely bilingual in French and English, and is the case manager for Justine and Brendan.

Kelsey was born and raised in Alberta. She joined our firm in 2008 as a legal assistant, but has been working as the firm’s bookkeeper since 2010. Outside of work, Kelsey recently completed a management degree, majoring in accounting. Kelsey looks after the accounting and marketing for the firm. If you have questions about your account you can ask Kelsey for clarification. 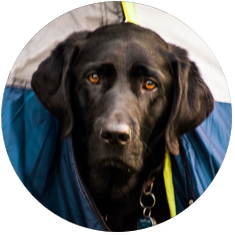 Jenny, the black Lab, takes everything seriously. She works as hard as she plays. At Gunn Law Group, she’s all business, even if she’s not above sneaking little morsels that other members of the canine crew leave behind. When she’s not taking the world so seriously, you’ll likely find her supporting her favourite sports team, the Edmonton Oilers, or tormenting her feline siblings at home. 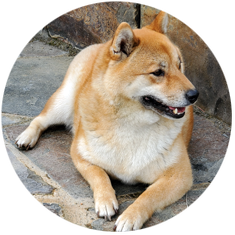 Kenzo, the Shiba Inu who always likes to run away, is only an occasional visitor to the office these days. Even though he ate one of the lawyer’s passports and another one’s favourite fishing hat, we still allow him to come back – just not too often!

The newest member of the Canine Unit is this little Chihuahua mix, Kyle. After spending a hard four years on the streets, he came to us and is proving to be a very friendly and affectionate addition. While he is a little resistant to comply to simple commands like “sit” and “stay”, we know he will catch on to civilized life as time goes by. 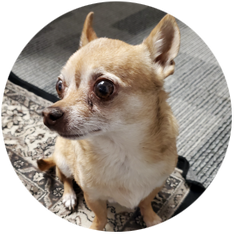 The mighty Hercules was surprisingly quiet and gentle for a Chihuahua. His superpower was the ability to charm anyone. Of all the members of the canine unit, Hercules was the only one who somehow made it into Kenzo’s good graces. The sweet little guy passed away in 2021 and is still missed.

TALK TO A GUNN LAWYER ABOUT YOUR OPTIONS